Lit Exit signs represent a unique side of lighting manufacturing and design. The structure and design have changed drastically over the years, but the purpose remains the same: to safely and efficiently usher people out of a dangerous situation.

Exit signs were a turn-of-the-century innovation and gained popularity as the Industrial Revolution of the early 1900’s brought workers together in close quarters. Original designs were poorly lit and often indistinguishable from a regular light in a crisis. Brighter bulbs were gradually introduced to provide greater visibility. However, these first models were covered in aluminum and were relatively small.

Lighting designers got creative with illuminated exit signs in the 1940’s. Art Deco was all the rage, and exit signs were not only uniquely designed to handle a crisis, but they also fit beautifully into an architect’s vision and aesthetic for a space.  It was during this time that safety standards were introduced, and exit signs grew to accommodate the backup lamps and larger batteries they required.

As America entered the 1960’s, exit signs began to look much more utilitarian. Boxy and bulky, the products lost some of their former aesthetic appeal. The change only increased into the 70’s and 80’s as manufacturers began combining exit signs and emergency lights. This plus the employment of a backup battery created some of the largest safety exit signs yet.

Fast forward to the early 2000’s and technology has caught up to code. With the emergence and wide acceptance of LED by 2012, exit signs began to take a sleeker look. LED lights use less energy than their halogen and incandescent predecessors and use it more efficiently too; that means no more bulky backup batteries. Exit signs began to shrink in size again and resemble the more contemporary design you might see in an office building today.

What is the future for exit signs?

With LED technology, manufacturers can design a sign up to code without obstructing view or sacrificing an architect’s aesthetic. Many exit signs like Current Dual-Lite’s LE Edge-Lit Exit Sign can be customized for your building project with up to six color choices.

Manufacturers are getting increasingly creative with their signs, creating ways to help the visual and hearing-impaired communities utilize the technology, including strobes and audible alarms to accompany light during an emergency.

No matter what changes aesthetic with exit signs, the goal remains the same: lead people to safety in a time of crisis.

Want to know how to upgrade your illuminated Exit signs? Fill out the form and we’ll be in touch. 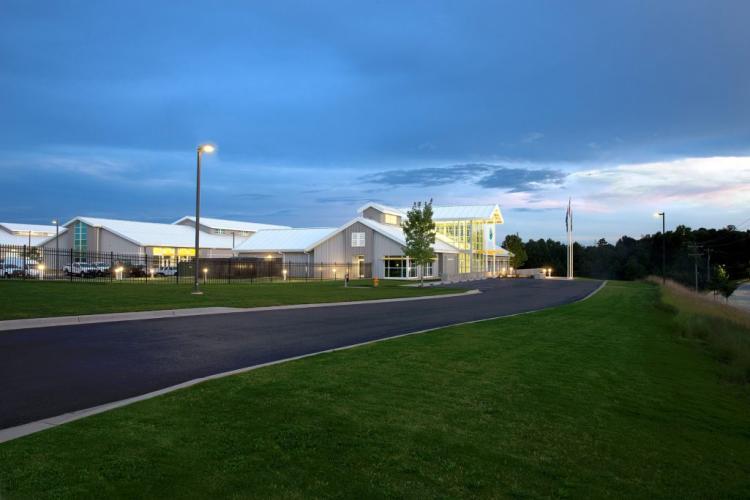