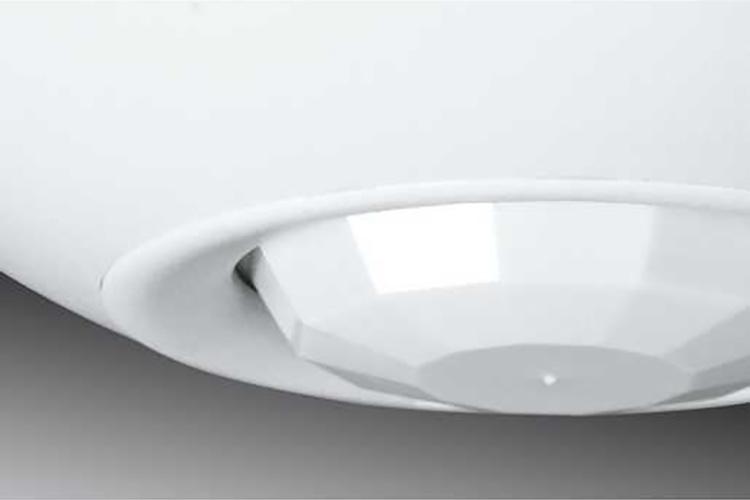 Occupancy Sensors are an exciting innovation in the Lighting Controls Industry, a space rapidly growing with the widespread use of LED technology in lighting fixtures.

Why Are Occupancy Sensors Important?

An occupancy sensor is an indoor lighting solution designed to turn lights on and off automatically in response to a stimulus such as movement or heat. Occupancy sensors save a lot of money and energy in the long run; unlike traditional light switches, you can’t forget to turn them off! According to a study by the EPA (available from NEMA), occupancy sensors can result in up to 60% increased savings and nearly 68% energy waste reduction.

The first is a passive infrared sensor (PIR). This is one of the more common types and requires a line of sight to activate. Specifically, a PIR sensor identifies heat energy, or the infrared signals humans and other living things emit. If a PIR sensor has a clear line of sight (i.e. isn’t blocked by a wall, file cabinet, etc.), it will register the heat signature of a person moving in the room and will turn on the lights. This type of sensor has a significant range but will only register large movements. 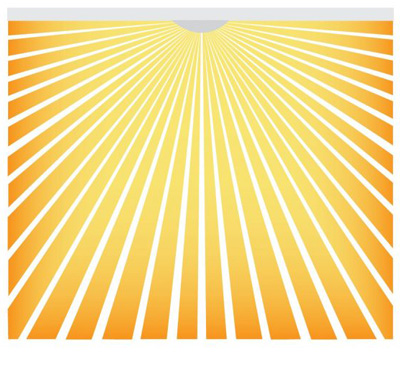 Passive Infrared (PIR) technology senses occupancy by detecting the movement of heat emitted from the human body against the background space. Unlike Ultrasonic technology, PIR sensors require an unobstructed line-of-sight for detection. These sensors use a segmented lens which divides the coverage area into zones. Movement between zones is then interpreted as occupancy. PIR sensors are ideal for detecting major motion (ex. walking), and they work best in small, enclosed spaces with high levels of occupant movement.

The second major type of occupancy sensor is an ultrasonic sensor. Ultrasonic sensors are far more sensitive than PIR sensors, registering sound waves rather than infrared emissions. Consequently, ultrasonic sensors do not require line of sight to function and can pick up movements as small as fingers on a keyboard and blinking eyes. As amazing as the ultrasonic sensor’s abilities are, the major downside with this is its ability to distinguish movement. For example, air currents moving around an object like a balloon or a plant will trigger the sensor and turn the lights on. Additionally, the ultrasonic’s range is significantly smaller than the PIR’s. 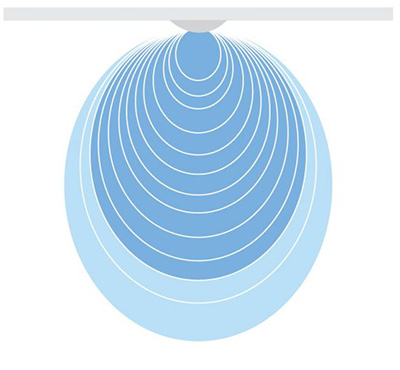 Ultrasonic (US) technology senses occupancy by bouncing ultrasonic waves (32kHz or 45 kHz) off of objects and detecting a frequency shift between the emitted and reflected waves. Movement by a person or object within a space causes a shift in frequency, which the sensor interprets as occupancy. While US occupancy sensors have a limited range, they are excellent at detecting even minor motion such as typing and filing, and they do not require an unobstructed line-of-sight. This makes US technology sensors ideal for an application like an office with cubicles or a restroom with stalls.

Many lighting manufacturers utilize a combination of PIR and ultrasonic technology to customize the product and reduce the false on and sensitivity issues the two experience on their own. Multi-tech sensors require both warmer than ambient (living person) presence and a change in pressure to turn on, but only one to remain on. This largely eliminates false trigger and sensitivity issues commonly experienced with occupancy sensors. The only downside with this hybrid technology is cost. 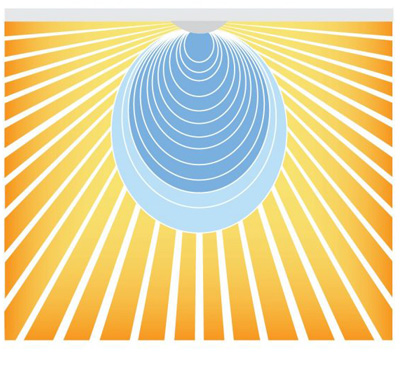 Dual Technology occupancy sensors combine both Passive Infrared (PIR) and Ultrasonic (US) technologies for maximum reliability. Because US and PIR need to both detect occupancy to turn lighting on, Dual Technology sensors minimize the risk of lights coming on when the space is unoccupied - false triggering. Continued detection by only one technology then keeps lighting on as necessary. Dual technology sensors offer the best performance for most applications.

The type of sensor you choose to use in your building depends largely on location, and you will most likely use a combination of these three. For more information about the different types of sensors available, see Prem Kumar’s article about Connected Lighting Systems and BMS.

Despite these amazing benefits, many are still skeptical of occupancy sensors. The two most common complaints about the relatively new technology are, as already mentioned briefly, the movement sensitivity (or lack thereof) and the false trigger issues.

With traditional occupancy sensor technology, these issues can be addressed but never fully solved. An electrician can work with your occupancy sensor’s settings to try and specialize the unit for your space, but it’s difficult to create static settings for a dynamic workspace where movement patterns change regularly. IntelliDAPT technology provides a better solution.

IntelliDAPT largely eliminates false triggers using smart technology. Installed in our occupancy sensors, this patented technology allows sensors to learn from their environment, observing normal movement patterns in your building and self-calibrating over time. Your occupancy sensor’s IntelliDAPT is set to “on” when shipped; all you have to do is install the device and let it start learning.

Occupancy sensors are an exciting innovation in the controls industry. These fixtures enhance your workspace, eliminate unnecessary energy usage, and increase energy savings. Contact your lighting provider or reach out to one of Lighting Agents to talk today! 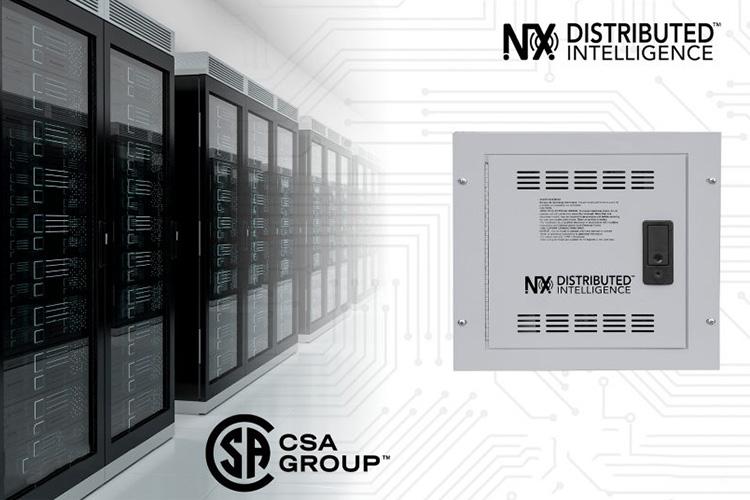