Acting as the main pedestrian artery through campus, UNCW officials selected the Chancellor's walk as the ideal location to unveil their campus-wide environmental impact program which is being implemented by UNCW's Facility Manager, Steve Pickard and UNCW’s maintenance department.

Campus goals include reduced energy consumption, green house emissions and improved quality of light. Pickard explains that UNCW is extremely sensitive to the environmental and economic impacts of their campus-wide lighting system, however he further elaborates that these new LED luminaires are also very much a part of a campus wide security enhancement program.

Selected for their period style construction and University Grade performance, the Beacon “Windsor” luminaires, powered by Beacon light engines are as much of the Georgian-themed architecture as they are precision optical instruments. Beacon's indirect optical system and Beacon's light engine provide an even blanket of light which produces very little glare and increases the overall quality of light on Chancellor's Walk. 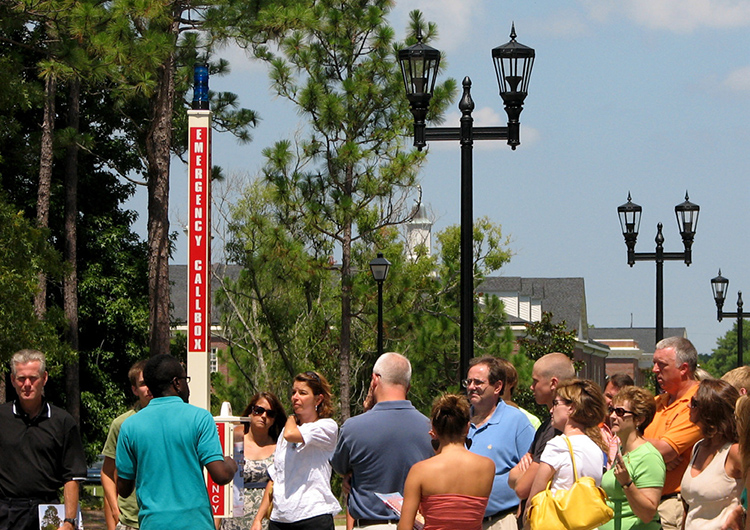 The new 48-watt twin Beacon Windsor luminaires replace single 150-watt High Pressure Sodium luminaires, but were selected as alternatives to the twin 175-watt Metal Halide luminaires the University was originally considering from Beacon and other manufacturers.

Additionally, Beacon's LED light engines are designed to withstand years of use and are expected to be maintenance-free for 50,000 hours of operation; which campus officials estimate will be 11.7 years.

In addition to the Chancellor's walk, UNCW has also installed Beacon's “Traditional” LED luminaires on the facades three separate buildings on campus. Each Traditional luminaire consumes less than 25 watts of electricity and replaces an HPS down-lighting system, which were extremely difficult to service and costly to run.

Beacon's Chris Bailey further states "What we are doing is empowering Universities, Municipalities and other customers to utilize the advances Beacon Products have made in solid state lighting to benefit the communities of this generation and generations to come." 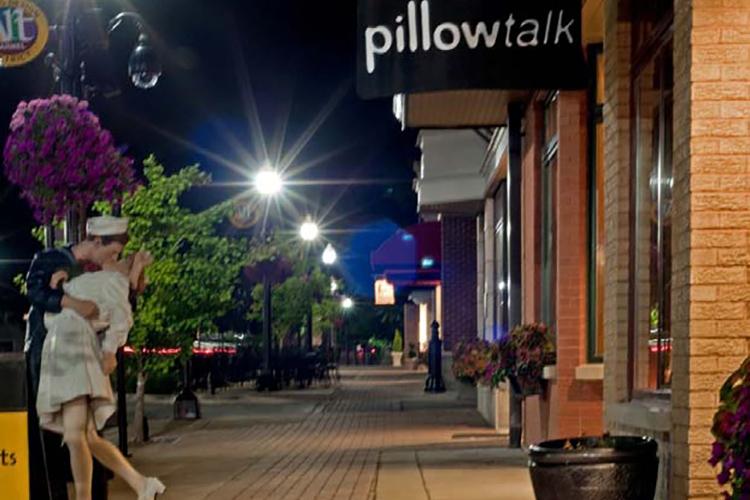 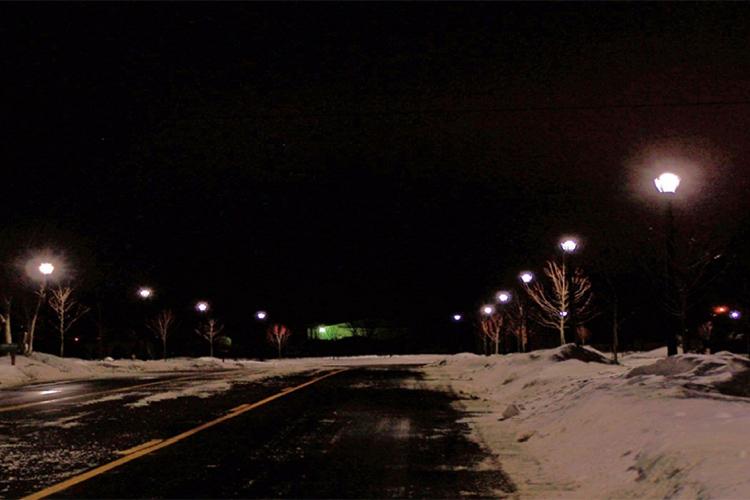